A free Medical Camp Costs about

Over 350 people attended, where your donations provided Food Rations, Medical Aid & Shelter.
The Medical Camp was held in association with the Government of the State of Azad Jammu & Kashmir, Mirpur District Health Officer.

Over 600 people attended, where your donations provided Free Consultation and Medicines.
The Medical Camp was held in collaboration with the SareAam ARY News Programme Team.
See our News Article here.

Ehsaas holds Free Medical Camps in some of the poorest areas of Pakistan and in emergencies like the Kashmir Earthquake.

Previously, Ehsaas has held Medical Camps in Langoh Paro, Faqeer Colony, Diplo and recently in Tharparkar – just some of many such areas in Pakistan needing urgent help.

Pakistan is one of the highest ranking countries where people are still getting affected by preventable diseases such as tuberculosis, polio and malaria while non-communicable diseases are also increasing considerably.

Ehsaas knows the desperate need to provide these health services to those that can least afford them and, with your generous support, would like to undertake many more free medical camps in the most deprived areas, especially to deal with chest and lung problems such as TB.

Issues dealt with include: 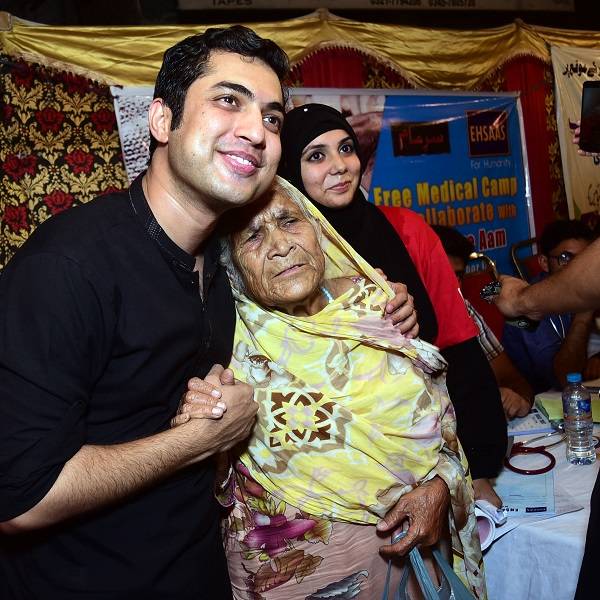 “Thank you for supporting the most needy with your valuable donations, you really ‘Make a Difference’ in people’s lives.”
Syed Iqrar Ul Hassan – Ehsaas Goodwill Ambassador