In this month of Jumada Al-Awwal, one of the events that took place was the marriage between Hazrat Khadija (ra) and the Prophet (saw) – which happened 15 years prior to him (saw) becoming a Prophet.

Hazrat Khadija (ra) appointed one of her friends Nafisa to send the proposal of marriage to the Prophet (saw).

The Prophet (saw), after consulting his uncles, accepted the marriage proposal. At that time the Prophet (saw) was 25 years old while Hazrat Khadija (ra) was 40 years old.

The Prophet Muhammad ﷺ said that:

Marriage is my tradition whosoever keeps away from it is not from amongst us.

Due to the rise in poverty in Pakistan, poor parents cannot afford to get their daughters married with dignity and pride and thus, allow their daughters to fulfil this crucial rite.

Marriage is a moral safeguard as well as a social building block. Through marriage, families are established and the family is considered to be the fundamental unit of society in Pakistan.

The Prophet ﷺ also enjoined people to marry and said:

When one marries, they have fulfilled half of their religion, so let them fear God regarding the remaining half.

Ehsaas realises the difficulty many poor families are in and, with your support, provides marriage assistance funds and wedding gifts. 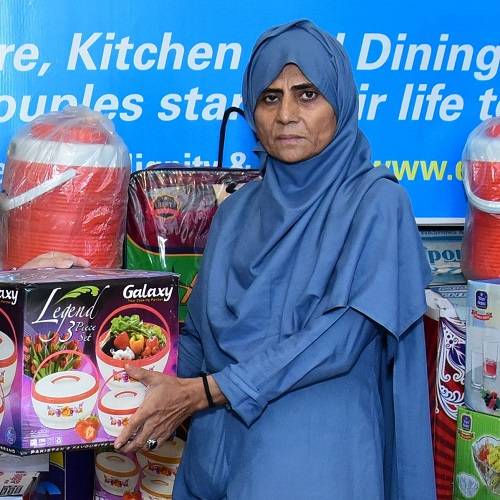 “I was so worried for my daughter’s future but the help Ehsaas and their donors gave me is unbelievable.”
Razia Bibi